A spectacular MOBA with the characters from Onmyoji 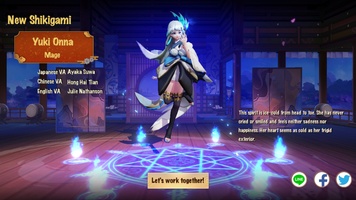 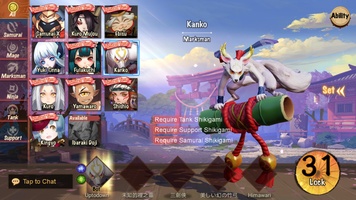 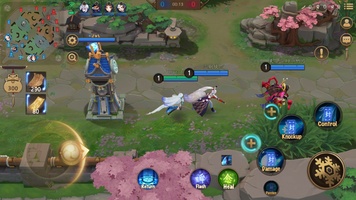 Advertisement
Onmyoji Arena is a new game developed by NetEase that uses the characters and settings from the RPG Onmyoji. It's a MOBA where you control various Shikigami to fight in ferocious online battles against other players.

In Onmyoji Arena, you'll find incredible production values and gorgeous graphics to represent each and every one of the characters in the game, which takes different bits and pieces from Japanese folklore. Each one also has a different game profile, with the typical standards from the genre like tanks, healers, and DPS. As you play, you'll unlock even more elements.

In terms of gameplay, you can compete in different arenas using the known system of control and destruction of towers scattered around the map. In addition to the classic 5v5 mode, you can also participate in an original 3v3v3 mode where three teams have to try to take control of the center area of the map.

The progression in Onmyoji Area is based on winning combats to get resources to improve each character and level up their abilities. Given that the unlocking of new characters is progressive and in many cases, they rotate, you'll definitely have fun for a good while.
Reviewed by Andrés López

I loved and loved this game so much...

I downloaded but i can't install it

it stops downloading at 60% do not download its a scam.

can you pls update the english version of this game 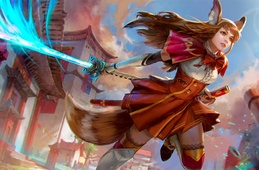 Heroes of Order and Chaos
An excellent MOBA for Android devices
Vainglory
The most powerful MOBA on Android
Mobile Legends
An excellent, but shameless, League of Legends clone
Heroes Arena
Spectacular 5v5 MOBA for Android
Arena of Valor
Spectacular MOBA specially designed for Android
Brawl Stars
3-on-3 battles from the creators of Clash Royale and Clash of Clans
Heroes Strike
The first MOBA from 4V4 to the Brawl Stars
Heroes Evolved
A great MOBA with a great community

Genshin Impact
An open-world RPG with spectacular graphics
Mythic Heroes
Defeat evil forces with an elite team
One Piece: Fighting Path
A unique adventure in the One Piece world
Brawl Stars
3-on-3 battles from the creators of Clash Royale and Clash of Clans
League of Legends: Wild Rift
The MOBA king deploys its arsenal on Android
Angry Birds Epic
Join the Angry Birds on their most epic adventure
LifeAfter (Global)
Cling to life in a hostile world
Ni no Kuni: Cross Worlds (TW)
A Level-5 and Netmarble fantasy MMORPG